orgeat... how it all began 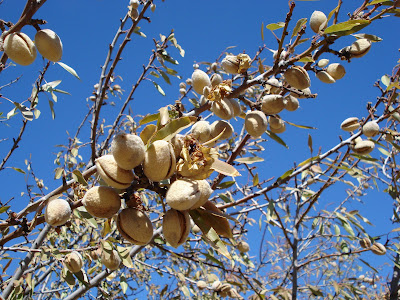 Orgeat syrup is a sweet syrup made from almonds, sugar and rose water or orange-flower water. It was, however, originally made with a barley-almond blend. It has a pronounced almond taste and is used to flavor many cocktails, perhaps the most famous of which is the Mai Tai.

It began as an argument between my boss and me. Any time a customer ordered a Mai Tai we made them essentially a rum and juice cocktail. It had raspberry syrup (we didn’t carry commercial grenadine) and pineapple juice. We didn’t carry orgeat or crème de noyeau or even Amaretto. And anytime I had to make one of these concoctions I would bitch about it. In a loud and complainy manner. Because what differs a Mai Tai from any other tropical rum-and-fruit beverage is the almond flavor. It’s what makes the drink as far as I’m concerned. And finally my boss tired of it and said, “Fine. You want a Mai Tai? We’re doing the original Trader Vic’s Mai Tai. But commercial orgeat is crap. Why don’t you make some?”

So I did. I’ve been making orgeat for about two years now. It became the cornerstone of my new business, Small Hand Foods, making pre-prohibition era cocktail ingredients. It's a long story, but rather than write the novel that would be the history of it all now, I’ll relay pieces here over the next while, interspersed with other things thrown in as they happen. I hope you enjoy it!
Posted by jennifer colliau at 1:26 AM