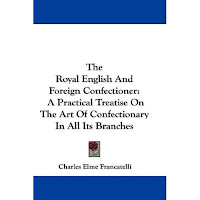 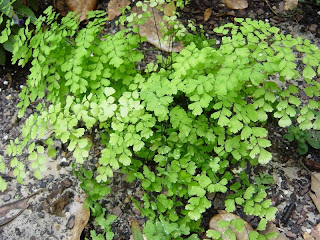 Posted by jennifer colliau at 9:15 AM 3 comments: 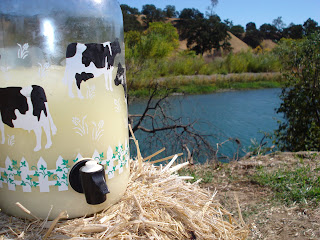 I came across this recipe for Italian Lemonade, from a book titled Recipes of American and Other Iced Drinks, one of the fascinating formerly-out-of-print cocktail books published by Mud Puddle Books. It’s basically lemonade with milk and sherry added to it. I love cocktails with sherry if they’re done well; too often the sherry is overpowering. But if used judiciously the nutty oxidation can lend a really interesting and elusive quality. I also love drinks with protein in them, again used judiciously. Egg white, nuts, milk? Yum!

I made a small batch at work recently to try it out and fell in love with it. Trouble is, there’s not enough booze in it to sell it as a cocktail, but the sherry prevents it from being a non-alcoholic drink. So when my friend Jen hosted a weekend at her farm in the Capay valley, I thought it might work for a lazy Sunday afternoon, after most of the party guests had left and the hardcore farm-goers were alternating between the hot tub, napping, and lazing on hay bales, watching the creek. (It’s a hard life, I know.)

As for me, I spent most of the afternoon harvesting bitter almonds (more on that later). But before I left I put a batch of Italian Lemonade in the fridge to chill. And in the afternoon, as I hulled almonds and watched the English girl kick everyone’s ass at Scrabble by playing words she insisted were part of her “mother tongue,” (teasel? sheesh…) we drank Italian Lemonade and ate leftover würst and kraut.

Did I mention it was an Oktoberfest party?


Italian Lemonade
(adapted from American and Other Iced Drinks)

24 lemons (I know, I know, just make them average- to large-sized lemons, preferably with a lot of juice)
1 to 1½ lbs sugar
1 quart dry sherry (Manzanilla or Amontillado)
1 quart water (or more)
1 quart milk

Using a vegetable peeler or a microplane, zest all the lemons, being careful to omit any white pith. Juice the lemons into a separate container, then strain the juice and mix with the lemon zest. Refrigerate overnight. The next day, strain out and discard the zest. Bring the milk to a boil and add it to the juice and let it cool, stirring occasionally, to curdle the milk. Strain through several layers of moistened cheesecloth. Add the remaining ingredients, stirring to dissolve the sugar. Add ice and serve.
Posted by jennifer colliau at 2:58 PM No comments: