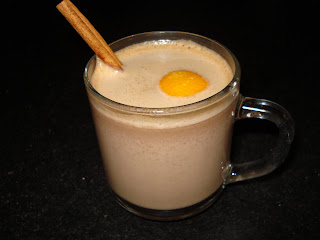 I’ve been working on a tequila hot chocolate drink for the winter. The idea was prompted by my boss, who evidently likes to mention drink ideas to me and then stand back as I begin to obsess and experiment. I only latch on to the occasional recipe bait; unlike so many fabulously talented bartenders in San Francisco, inventing new cocktails is pretty hard for me. My skill is in cooking. If you want to get me excited, mention any of the following:

So I wasn’t interested at all until he mentioned making a ganache. It may as well have been a taunt; I now had to make the best ganache. This being a tequila drink, I went with cinnamon and chile as seasonings. It’s a bit clichéd, but hot chocolate is nothing if not comfort food, and being a native Californian, Mexican spices are comfort food for me. 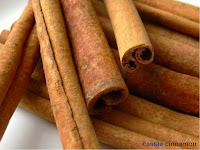 There are several kinds of cinnamon. I highly recommend Ceylon cinnamon for this, readily available at Latino markets. It is more floral and citrus-y than Cassia cinnamon, which is what is usually carried in American supermarkets and are the hard pencil-like sticks hot glued to craft store Christmas wreathes. Ceylon sticks consist of multiple papery layers easily crumbled by hand. If you can’t find Ceylon ground, you can grind the sticks in a clean coffee grinder or use a mortar and pestle and a bit of muscle. And to provide a greater depth of chocolate flavor, I used both dark chocolate and cocoa powder.

At the end of the process you’ll have a tub of grainy, chocolatey goodness that you’ll have to scoop with a spoon. At the restaurant I put a scoop of ganache into a mug along with 1½ ounces of tequila, then fill it with milk and steam with the wand of an espresso machine.

One final note: If you drink slowly, a skin can form on top of the hot chocolate. A marshmallow will prevent this, a solution I heartily endorse.

Melt the chocolate into the cream in the top of a double-boiler. Add the cocoa powder and mix thoroughly with an immersion blender. (If you don’t have an immersion blender, I suppose you could heat the cream and whisk the cocoa powder into it, then melt the chocolate into that. I’ve never tried it, though. I’m a whore for fancy kitchen tools.) Add the sugar and spices and stir with a spatula until thoroughly mixed. The sugar won’t dissolve; it’s okay. Keep ganache refrigerated.

To serve, allow 2 tbsp of ganache per cup. Add 1½ oz reposado tequila and enough milk to fill your mug. Steam with the wand of an espresso machine and stir to dissolve chocolate. Alternatively, heat the milk and ganache in a small saucepan until dissolved. Add tequila and pour into mug. Garnish and serve.

Posted by jennifer colliau at 3:05 PM

Email ThisBlogThis!Share to TwitterShare to FacebookShare to Pinterest
Labels: recipes